I am originally from Grand Rapids, Michigan.

I graduated from Grand Valley State University with a Bachelors Degree in Computer Science.

My first job out of college was with Lockheed Missiles and space Co. in Sunnyvale, California (3) as a computer programmer.

During my time at Lockheed, they developed the Hubble Space Telescope. (5)

After 10 years in California, my family and I moved back to Grand Rapids.  I decided to go back to Grand Valley to become a teacher.  I taught at a couple of different schools in the area before I found my dream job. 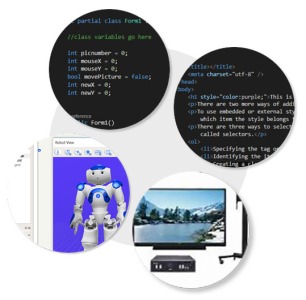 Presently, I am an instructor in the Information Technology program at Kent Career Tech Center (KCTC) in Grand Rapids, Michigan.  I teach a computer programming language called C#.  I also teach HTML, CSS and JavaScript.

Last year, I received a grant from Robert Bosch Fuel Systems to purchase a NAO Robot.  It’s a programmable robot that looks and acts quite human like.

This year, I received a grant to purchase a Sharp Aquos Interactive Display Board.

I consider teaching at KCTC to be my dream job.  I can’t imagine doing anything else.

I am always looking for new technology to either be an experience for my students or use as a teaching tool.

I enjoy getting involved in programs aimed at increasing girl’s interest in technical careers. 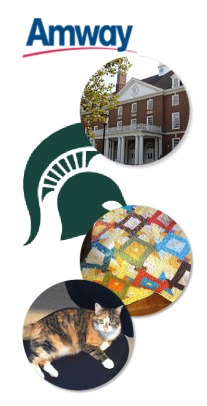 My husband builds and maintains application servers at Amway Corp.

My daughter is a graphics designer for the Student Union at the University of Illinois.

My son is a student at Michigan State University studying to be a chemical engineer.

In my spare time, I like to decorate my home.  I also design and sew quilts.

I have a cat named Anastasia or Annie for short.

Attributions:
1.  All images are personal or Public Domain unless noted.
2. The Logos for Grand Valley State University, Michigan State University, Kent Career Technical Center and Amway are official Trademarks.
3.  Photo extracted from http://www.kadiak.org/af_track as referred by Don Neuman to the Legacy committee.
4.  From Wikipedia through CC by 2.5
5.  Astronauts took this photograph of the Hubble Space Telescope during the final space shuttle servicing mission to the observatory in May 2009.Credits: NASA 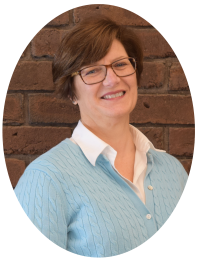 All work in this site is licensed under a Creative Commons Attribution-NonCommercial-NoDerivatives 4.0 International License